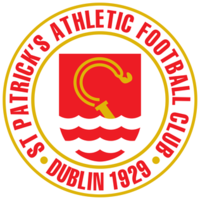 Young midfielder Longstaff – making his first Magpies appearance at senior level – was one of just two players to play all 90 minutes against the Irish outfit, and the 20-year-old opened the scoring with a confident left-footed finish just before the interval.

United were – for the most part – in control of the game, though their threat in the final third ebbed and flowed over the course of the evening. Their most ominous spell came in the final quarter of an hour, during which Atsu added a second from 12 yards after a foul on Dwight Gayle.

As would have been expected, Newcastle got off to the more purposeful start at Richmond Park. They enjoyed all of the ball early on, with Longstaff and Joselu twice linking up in front of goal. Six minutes in, the youngster fired wide after meeting the Spaniard's lay-off, before a role reversal culminated with the latter curling narrowly over the top.

Joselu side-footed Matt Ritchie's low-struck set-piece wide midway through the half, but – after that – the Magpies became a touch sloppy in possession. Their attacking charge stalled as a result, and there was even a scare at the other end of the pitch, where Jake Keegan nodded Ian Bermingham's searching ball off-target.

But, just as a goalless first half looked increasingly likely, Newcastle opened the scoring out of nothing. A stray pass allowed Ayoze Pérez to drive forward, and the attacker played in countryman Joselu, who saw a delivery blocked. Ritchie picked up the pieces, and the wide-man’s deflected cross trickled kindly into the path of Longstaff, who lashed home from just inside the area.

There was still time for St. Patrick’s to threaten a leveller before the break, as Simon Madden – who had barely been on the pitch for two minutes – got on the end of an inviting Bermingham delivery. But, thankfully for United, the substitute’s effort on the slide dropped wide.

It was another loose ball that gave a much-changed Newcastle side their first opportunity of the second half. Kevin Toner's pass was easily cut out by Jonjo Shelvey – one of eight outfield players introduced at half time – and the midfielder cleverly set up Atsu just outside the box. The Ghanaian took a touch to set himself before seeing a powerful drive deflect high of the target and onto the roof of the net.

With just over 20 minutes remaining, Shelvey was again the architect as United looked to make the most of having an extra man in the final third. He slid the ball through for Gayle, who checked back inside before firing narrowly wide of the far post.

DeAndre Yedlin ought to have wrapped things up not long after, but – after goalkeeper Barry Murphy got in the way of Gayle's close-range effort – the American cleared the crossbar with the goal gaping.

Brazilian Kenedy then came close twice in quick succession, hammering the ball against the woodwork with a dipping effort from range, before bringing the best out of Murphy after advancing beyond the Saints' backline.

But, a deciding goal was not long in coming. Gayle was felled by Toner after latching onto Atsu's threaded pass, and – after referee Rob Rogers pointed to the spot – the wide-man coolly sent Murphy the wrong way to double the Magpies' advantage and round off a routine win.

Back to St. Patrick's Athletic
See Newcastle United Line up