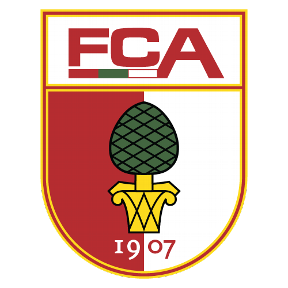 Gregoritsch’s goal came shortly after an opening 60 minutes in which the Magpies had looked largely in command. However, their failure to make their pressure count was punished by the towering Austrian, who converted Philipp Max’s cross from the left flank.

Matt Ritchie, Christian Atsu and Ayoze Pérez – on more than one occasion – were among those to go close for United, but the Magpies’ own threat in the final third petered out after falling behind.

Newcastle enjoyed almost all of the ball early on, with Augsburg struggling to get any kind of foothold. Mohamed Diamé cleared the crossbar with a volleyed effort less than five minutes in, before Ciaran Clark’s looping header was belted clear by Max.

The latter chance came as the result of a Ritchie delivery, and the Scot was in the thick of the action during the first half an hour. Another clever pass from the wide-man gave Atsu a sight of goal, though the Ghanaian instead opted to play in Pérez, whose strike was saved. Midway through the first half, Ritchie had a go himself, only to see a fizzing drive tipped wide by Andreas Luthe.

Ritchie and Atsu combined once more as United again came close to opening the scoring. This time, the latter did take aim after gathering a threaded pass, but Luthe got in the way of his strike from a narrowing angle.

Augsburg, twelfth in the Bundesliga last term, offered next to nothing during the first half, with Gregoritsch’s speculative effort – which sailed harmlessly over the crossbar – their only meaningful attempt at goal.

United came within a whisker of breaking the deadlock just 45 seconds after the break. Atsu and Ritchie were again involved, with the Scot teeing up Pérez after gathering the former’s cross. Pérez, however, saw a low-struck effort whistle just past Luthe’s near post.

At that point, it still appeared only a matter of time before Newcastle’s pressure told. As the half progressed, however, their attacking charge appeared to stall, and Gregoritsch fired a warning shot after 55 minutes, drilling just past the upright from 20 yards.

Nevertheless, the Fuggerstädter’s opener – which arrived just after the hour-mark – still came largely against the run of play. Max – a player with 12 assists to his name last season – delivered a searching cross from the left, and Gregoritsch, left totally unmarked, stooped to head the ball beyond Karl Darlow.

Gregoritsch managed to get on the end of another Max delivery just after the second half’s midpoint, but Darlow managed to get his body in the way. Newcastle then countered quickly, and substitute Jacob Murphy saw a cross-come-shot deflect onto the woodwork off Augsburg’s Kevin Danso.

It was Murphy who had United’s best chance of a leveller late on. After Jonjo Shelvey’s free kick clipped the wall, Kenedy delivered the ball back into the area, with the winger well-placed at the back post. However, he failed to adjust his body in time, and the chance – as well as the Magpies’ hopes of restoring parity – went begging.

Listen live for free against Arsenal

Back to Newcastle United
See FC Augsburg Line up