Sheffield Wednesday vs Newcastle United Under 23s at Stadion.Core.ViewModels.Matchday.LocationViewModel 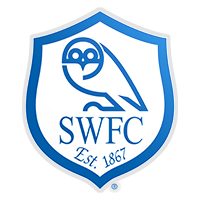 Newcastle United Under-21s kicked off their 2021/22 Papa John's Trophy campaign with a 3-0 defeat against League One Sheffield Wednesday at Hillsborough.

Despite holding firm against the League One outfit, sitting in second place of the English third tier, the young Magpies conceded in the closing stages of the first-half through Sylla Sow's low finish.

Interim under-23s head coach, Gary Caldwell, made five changes to the side which defeated their Burnley counterparts on Friday night, with central midfielder Jack Young - who made his first-team debut for the Magpies during a 3-2 pre-season victory against Doncaster Rovers - named in the starting XI as well as defensive trio Joe Oliver, Brad Cross and Josh Scott.

There was also a competitive debut at under-23 level for 17-year-old midfielder Jay Turner-Cooke, who joined the club's Academy earlier this year from North east neighbours Sunderland.

United goalkeeper Dan Langley, who made his first-team debut for the Magpies against York City last month, was forced into action in the early stages when Sow latched onto a loose ball in a dangerous area but the 21-year-old shot-stopper was able to beat away the forward's powerful strike at goal.

Newcastle's second-string continued to face further attacking pressure as midfielder Lewis Wing, on loan from Middlesbrough, got onto the end of Corbeanu's fine through ball before curling his effort narrowly wide of the target.

Wednesday struck the post shortly after the half-hour mark as Albanian forward Florian Kamberi raced in behind the United defence, following Fisayo Dele-Bashiru's dangerous pass, but saw his effort from a tight angle clip the woodwork.

Langley was then on hand to produce an excellent save to deny Corbeanu, crucially tipping the Canadian's goal bound effort around the right-hand post.

With the half-time whistle approaching, Newcastle were dealt a difficult blow as, in the 41st minute, Sow broke the deadlock for the Owls.

After dangerous build-up play between Wing and Dennis Adenirian, the ball found its way into Sow's path who produced a clinical finish into the bottom left-hand corner.

Seven minutes after the restart, the South Yorkshire outfit extended their lead through Johnson's impressive strike. After Corbeanu's cross from the right wing was only flicked into Johnson's path by Charlie Wiggett, the former Middlesbrough winger controlled the ball before lashing the ball into the bottom right-hand corner via the post.

In the 54th minute, Wednesday notched their third of the night through Palmer as the Scottish full-back raced onto Wing's defence-splitting through ball before calmly placing the ball beyond Langley.

United's under-21s were unable to register a shot on target throughout the 90 minutes although they came close shortly after the hour mark. After neat build-up play between Turner-Cooke and Tom Allan, the latter produced a cutback into Adam Wilson's path but the substitute fired the ball wide of the target.

Newcastle were fortunate not to concede a fourth as Palmer produced a neat first touch inside the box before the Scotland international's strike smashed off the crossbar.

Wiggett, who joined the Magpies from Chelsea in June, prevented the hosts from extending their lead in the closing stages after the Reading-born centre-back crucially blocked Korede Adedoyin's goal bound strike off the line after Langley spilled Jack Hunt's cross into the Nigerian's path.

Newcastle's second-string turn their attention to Premier League Cup action when they face a trip to Watford in their opening Group H clash on Monday, 6th September (kick-off 6pm BST).