Birmingham City PL2 vs Newcastle United Under 23s at Stadion.Core.ViewModels.Matchday.LocationViewModel

After Birmingham's Rico Browne was sent off following a last man challenge on Joe White, United's youngsters sealed an impressive victory with Stephenson completing the rout with a brace, shortly after Caolan Boyd-Munce's own goal in the closing stages.

Ahead of the Division Two clash, interim head coach Gary Caldwell made three changes to the side which claimed a 1-1 draw against Reading last week as goalkeeper Dan Langley, who made his first-team debut for his boyhood club against York City and Doncaster Rovers respectively, started in between the sticks.

Eighteen-year-old midfielder Reagan Thomson, a representative of Scotland at under-17 level, gained his first competitive appearance for United's second-string this term while 20-year-old full-back Ryan Barrett was brought in for Tom Allan, with the latter serving a suspension following his red card against the Royals in the youngsters' opening fixture of the Premier League 2 campaign.

In the 12th minute, Newcastle broke the deadlock as Rodrigo Vilca's teasing corner was headed towards goal by Remi Savage, who joined the Magpies' Academy from Liverpool, before Wiggett nodded the ball beyond Blues goalkeeper Archie Matthews from close-range, registering his first goal in just his second competitive appearance for United's second-string.

It looked as if Birmingham had claimed an equaliser through Tom Fogarty after the defender fired the ball home from Boyd-Munce's corner but the Irishman was penalised for a foul inside the box.

Langley was on hand to maintain Newcastle's lead with a string of important stops as the tall goalkeeper, who was named on the bench during the Magpies' Premier League victory against West Bromwich Albion at St. James' Park last season, firstly denied Leonardo Dos Reis with a strong save before turning away Kyle Hurst's effort minutes later.

In the 39th minute, Newcastle grabbed their second goal of the night as Stephenson, who scored in the young Magpies' 1-1 draw against Reading last week, continued his bright start to the season.

After Matt Bondswell, who featured for the Magpies' senior side during their 3-2 pre-season friendly win at Doncaster, raced onto Joe White's teasing pass, the left-back advanced past full-back Callum Sullivan before picking out Stephenson inside the penalty area, who made no mistake from close-range.

Birmingham were reduced to ten men three minutes into the second-half as Browne received his marching orders. After White, who made his first senior start for Newcastle's first-team earlier this month away at Burnley, raced through on goal, the England under-18 international was hacked down by the Blues midfielder.

In the 80th minute, Newcastle made sure of their deserved victory as they netted a third, with City midfielder Boyd-Munce inadvertently turning Rosaire Longelo's cross into his own net following a neat 20-pass move from United's second-string.

Stephenson then added further gloss to the scoreline four minutes later as the 18-year-old forward, who signed his first professional contract in June, showed great determination to win the ball on the left byline before his resulting strike took a wicked deflection before looping over Matthews, taking his tally to three league goals in his opening two games. 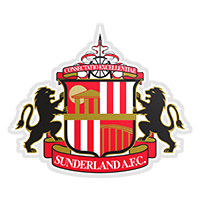