Ashington vs Newcastle United Under 23s at Stadion.Core.ViewModels.Matchday.LocationViewModel 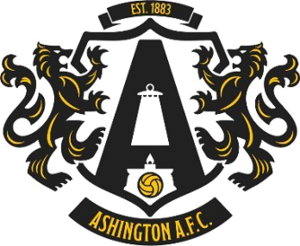 Jay Turner-Cooke's first-half volley broke the deadlock for United's second-string in the quarter-final tie before Cameron Ferguson doubled the visitors' advantage on the hour-mark, his first goal since joining the Magpies in June.

Karl Ross' header halved the deficit for the hosts in front of 1,357 spectators - a ground record at Woodhorn Lane - before Craig Spooner's drilled finish drew the Colliers level.

With the cup clash heading to penalties after 90 minutes, Newcastle prevailed against the Northern League Division One outfit as Jack Young, Adam Wilson, Rosaire Longelo, Turner-Cooke and Nathan Carlyon all converted from 12 yards while goalkeeper Will Brown denied Danny Anderson with a strong save.

Elliott Dickman made five changes to the side which claimed a 2-1 victory over Watford in the Premier League Cup as Brown was handed his first competitive start of the 2021/22 campaign while Matt Bondswell, Wilson, Turner-Cooke and Ferguson all returned to the starting eleven.

Newcastle, who lasted lifted the trophy in 2018 after beating Morpeth Town 3-1, went close to opening the scoring in the opening stages as Lucas de Bolle - who netted his first goal at under-23 level in United's Premier League Cup victory against Watford - saw a low shot from the edge of the penalty area comfortably held by Ashington goalkeeper Karl Dryden.

In the 23rd minute, the young Magpies broke the deadlock through Turner-Cooke's fourth goal of the season at under-23 level as the 17-year-old forward latched onto Matt Bondswell's lofted cross from the left flank before volleying home from inside the penalty area.

Ferguson almost doubled the visitors' lead shortly after as the 18-year-old striker, son of former Magpies forward Duncan, saw a fierce effort pushed away by Dryden after pouncing on a defensive error.

In the second-half, Newcastle missed a key opportunity to extend their lead as Charlie Wiggett got onto the end of Young's accurate cross but the teenage centre-back wildly swung the ball wide of the target.

Newcastle's youngsters did grab their second goal of the night in the 60th minute, though, as Ferguson registered his maiden goal since arriving from Tranmere Rovers last summer, controlling Rosaire Longelo's pass after impressive work from the winger before rifling the ball into the left-hand corner.

United's hopes of a clean sheet were eradicated in the 70th minute as Karl Ross got onto the end of Max Cowburn's cross before the midfielder beat Brown to the ball before his looped header found the net.

The Northern League Division One side found themselves on level terms five minutes later through Spooner, a former academy product for the Magpies, who pounced on Longelo's intended clearance before drilling the ball into the left-hand corner.

Longelo went close to netting a late winner as the 21-year-old winger saw a curling strike crucially palmed away to safety by Dryden.

The young Magpies had the ball in the net in the closing stages as Longelo beat Dryden to a loose through ball before lifting the ball over the goalkeeper before Turner-Cooke eventually bundled the ball home on the goal line but the attempt was disallowed after the latter had strayed into an offside position.

The penalty shoot-out proved a success for Newcastle's youngsters, scoring four successive spot-kicks before Brown guessed the correct way to deny Anderson, with Carlyon netting the resulting and decisive penalty to seal United's spot in the last-four.

Muñoz named in Mexico U21 squad for Toulon Tournament