Shrewsbury Town vs Newcastle United Under 23s at Stadion.Core.ViewModels.Matchday.LocationViewModel 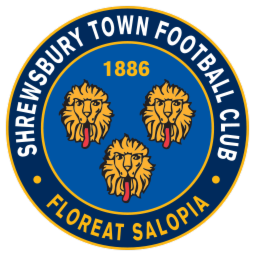 Newcastle United Under-21s began their 2020/21 EFL Trophy campaign with a 3-0 defeat at League One Shrewsbury Town.

Chris Hogg's side fell behind in the opening stages of their Northern Section Group C clash through Scott High's strike before Ryan Barnett's header doubled the hosts' advantage before half-time at Montgomery Waters Weadow.

Jason Cummings added a third with a close-range finish shortly after the restart to confirm another 3-0 defeat for Newcastle, with the young Magpies losing by the same scoreline against the Shrews in last year's Group D meeting.

Goalkeeper Will Brown, who signed his first professional contract with the Magpies last summer, was handed his first competitive start at second-string level while Reagan Thomson, who joined from Scottish outfit Queen's Park in January, made his young Magpies debut.

Shrewsbury, fielding six players which started in Saturday's League One defeat to Northampton Town, broke the deadlock in the 11th minute as High picked up a loose ball inside the box before the 19-year-old midfielder slotted the ball into the net past a crowded penalty area.

Barely a minute had passed before Brown was quickly sprung into action, with the 18-year-old shot-stopper producing an impressive double save. After pushing away Cummings' stinging drive, the goalkeeper was alert to block Barnett's close-range rebound.

With United forced into an early change, following an injury to Adam Wilson, Shrewsbury doubled their lead in the 18th minute. After a lengthy spell of possession, Scott Golbourne's swinging cross from the left flank found an unmarked Barnett inside the penalty area, who calmly headed the ball into the net to score his first professional goal.

Brown was, once again, called into action to prevent Town from notching a third before the half-hour mark, getting down low to push away Barnett's low drive from 20 yards.

In the second half, the experienced League One outfit extended their lead further in the 55th minute through Cummings. After Josh Vela's corner was clipped into the six-yard area by substitute Ollie Norburn, Cummings was on hand to stab the ball home to score in his successive game against United's under-21s, with the forward netting in last year's 3-0 win.

Although United's youngsters were unable to muster a shot on target during the 90 minutes, they did go close on two ocassions during the closing stages of the game.

Stan Flaherty, who signed from Arsenal in January after seven years with the Gunners, was allowed space and time on the edge of the penalty area after combining neatly on the left flank with Elliot Anderson but the winger's effort flew over the crossbar.

Anderson, who scored in United's Premier League 2 draw against Middlesbrough a fortnight ago, was unable to grab his second goal in as many games as the Scotland under-18 international fired a low effort wide of Matija Sarkic's goal. 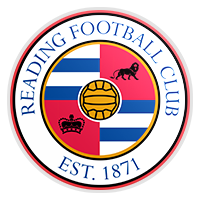 Vilca: "I feel I have taken the right decision"