Newcastle United Under 23s vs Derby County Under 23s at Stadion.Core.ViewModels.Matchday.LocationViewModel 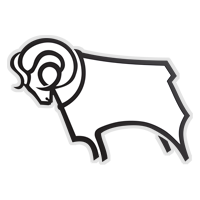 Newcastle United's second-string advanced into the semi-finals of the Premier League Cup following an impressive 3-2 win over their Derby County counterparts after extra time.

First-half strikes from Owen Bailey and Matthew Longstaff gave United a healthy advantage before the Rams replied in the second half with two goals of their own from Calum McDonald and Josh Shonibare.

Mo Sangare grabbed the eventual winner in extra time, reacting quickest to Bailey's saved penalty to slot the ball home and seal the Magpies' passage into the semi-finals of the competition for the first time.

Prior to the last eight meeting, Derby sat in third place of Premier League 2's top tier - one division above Ben Dawson's side. However, it was the young Magpies who almost got off to a flying start within the opening minutes of the last-eight clash, with Oliver Walters' strike pushed away by Derby's Henrich Ravas after forward Elias Sørensen produced an excellent pass into the path of the left-back.

Bailey was on hand to prevent United from falling behind, crucially blocking a goalbound strike by Alex Babos, who was teed up by Morgan Whittaker from 12 yards out.

After his defensive heroics, the United skipper put his side ahead, getting onto the end of Longstaff's free-kick inside the penalty area and diverting his headed attempt beyond a helpless Ravas.

It got even better for Newcastle's youngsters three minutes later as Longstaff - younger brother of Sean - turned from provider into goalscorer to extend the Magpies' advantage.

After terrific work from Sørensen on the left wing, the Danish forward teed up the central midfielder, who placed his first-time effort into the bottom corner, with a slight deflection taking the ball away from the Rams goalkeeper.

In the second half, after a lack of goalscoring opportunities, Derby set up a nervy finish through McDonald's free-kick. After substitute Shonibare was fouled on the edge of the penalty area, the left-back lifted the ball over the United wall to halve the deficit.

Sørensen went narrowly close to restoring Newcastle's two-goal lead and notching his 20th goal of the season as the teenager's powerful drive struck the top of the crossbar.

As the visitors continued to push for an equaliser, United were dealt a killer blow as Shonibare rose high from a lofted cross into the box and headed beyond Harker.

In the opening minutes of extra-time, Newcastle were awarded a penalty as Walters was bundled over by Kellan Gordon after racing onto a teasing through ball by substitute Adam Wilson.

Bailey was handed the responsibility of spot-kick duties, with Sørensen substituted in the second half, and despite seeing his attempt saved by Ravas, Sangare reacted quickest and placed the rebound home from close range.

The joy of six for Young