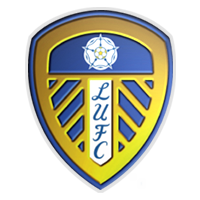 After a goalless first-half, Kelland Watts' penalty broke the deadlock before Cal Roberts doubled the Magpies' lead shortly after with a composed finish.

Elias Sørensen scored his 20th goal of the season to seal the Magpies' place in the final of the competition for the first time.

The two sides met earlier in the competition's group stages, with the Magpies earning a 2-0 home victory against the Whites in Group H but suffered a 3-1 defeat in February at Guiseley's Nethermoor Park.

United goalkeeper Nathan Harker was alert to cut out a dangerous move from the home side, with striker Ryan Edmondson beaten to the ball by the Newcastle shot-stopper after Kalvin Phillips' lofted through ball.

Elias Sørensen went close to netting his 20th goal of the season, with the Danish forward cutting inside cleverly from Jamie Sterry's throw-in before fizzing a strike from the edge of the penalty area, with Leeds goalkeeper Bailey Peacock-Farrell forced into pushing the attempt away from danger.

Newcastle almost fell behind shortly after their attacking spell but were fortunate as Leeds forward Ryan Edmondson was unable to convert from inside the six-yard area after Jordan Stevens' drilled ball into a dangerous area struck the striker before flying wide of the near post.

Roberts, making his first start in the under-23s since a loan move to Colchester United in January, attempted to catch Peacock-Farrell of his line by sending a strike from inside his own half, but the audacious effort flew wide of the target.

Jack Clarke almost sent the home side into the lead before the half-time break, skipping inside the penalty area past a group of Newcastle defenders before his fierce strike flew over the crossbar.

In the second half, Watts produced a vital block to deny Jamie Shackleton, putting his body on the line to stop the substitute from sending his strike towards goal.

His intervention was followed by the centre-back sending his side into the lead. The move was started by Owen Bailey, with the Newcastle captain advancing forward from the centre circle before playing a pass to Rosaire Longelo.

Although the winger's strike was blocked, the ball fell into the path of Roberts who, attempting to get a shot away at goal, was brought down inside the box.

Watts was handed the opportunity to send the away side into the lead and placed his effort beyond Peacock-Farrell, sending the goalkeeper the wrong way with a low drive.

Minutes after breaking the deadlock, Newcastle doubled their advantage through Roberts. After capitalising on Bryce Hosannah's weak pass, the Newcastle-born forward raced towards goal and calmly glanced past a group of Leeds defenders before sending his strike past Peacock-Farrell, who could only get a hand to the powerful strike.

Newcastle continued for another goal to end the tie, with Tom Allan dancing past Hosannah before sending a delightful low ball across the penalty area into the path of Sørensen. However, the quick ball resulted in a heavy touch from the teenager and took the ball away from a gaping goal.

However, Sørensen added further gloss to the last four clash by netting his 20th goal of the season in the final stages, firing a thunderous effort from the edge of the penalty area which flew beyond Peacock-Farrell to seal an excellent away victory and set up a showdown clash with either Swansea City or Everton.