Port Vale vs Newcastle United Under 23s at Stadion.Core.ViewModels.Matchday.LocationViewModel 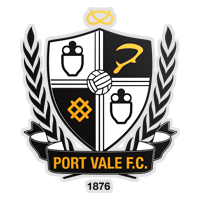 Magpies beaten in the Potteries in Checkatrade Trophy

The Magpies improved as time wore on, but failed to make their second-half pressure count. As a result, they drop to third in the competition’s Northern Group D, meaning they will need a victory at Oldham Athletic in their final fixture to progress to the Second Round.

Despite lying just outside of the relegation zone in League Two after a poor run of form, Vale made a confident start under the watch of caretaker manager David Kelly, who famously turned out for United during Kevin Keegan’s time in charge. Less than five minutes in, Gibbons saw a first-time strike skim just wide of the far post, and the full-back then turned provider for Marcus Harness, who nodded just over the crossbar.

A Ben Whitfield effort from range then dropped just off-target, but the Valiants’ opener was not long in coming.

Gibbons was the architect, delivering an inch-perfect cross from the right flank, which Barnett flicked into the far corner from six yards.

The Magpies took their time to get going at Vale Park, but threatened twice in quick succession after the half-hour mark.

After a corner from the right was played short, Macaulay Gillesphey gathered Callum Smith’s delivery, but Danny Pugh produced a fine block. With their next attack, the Magpies came even closer, but Kelle Roos pushed Luke Charman’s powerful effort wide.

Vale, however, ended the half as they had started it, and would have doubled their advantage heading into the break had Gillesphey not managed to get in the way of Dan Turner’s close-range effort following a Harness cross.

United saw more of the ball in the attacking third after the interval, though. Just seconds after the restart, Dan Barlaser gathered a loose ball 20 yards out, but Roos managed to parry the midfielder’s curling effort.

Five minutes later, Mo Sangare played Smith through with a fine threaded ball, and the winger sent a vicious left-footed strike wide of the far post.

It was Charman who came closest to levelling, though. The frontman gathered Jamie Sterry’s cross from the right, before bringing the best out of Roos with a rasping strike.

Barlaser took aim again late on, but it was not to be for the Magpies, who have yet to record a victory since their maiden Checkatrade Trophy outing at Crewe Alexandra in August.

Ben Dawson on a Valiant effort from young Magpies