Newcastle United Under 23s vs Newcastle Benfield at Stadion.Core.ViewModels.Matchday.LocationViewModel 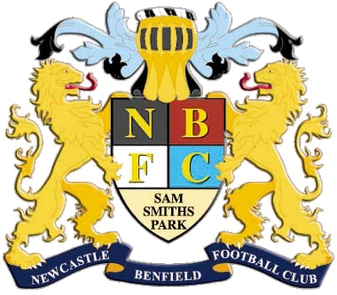 The Magpies will meet Morpeth Town in the final at St. James' Park, with the date yet to be confirmed, as they bid to lift the trophy for a 37th time - but the first time since beating current holders Blyth Spartans in 2014.

Callum Roberts added to his strike in United's 7-2 quarter-final victory over Blyth AFC with a well-taken opener before Liberia-born midfielder Mo Sangare doubled the home side's advantage before half time, and Roberts got his second - and the Magpies' third - in the second half.

Visiting manager Mark Convery was so popular during his days as an energetic midfielder with Darlington that a flag carrying his name became a regular sight at lower league grounds up and down the country and his charges - midtable in the Ebac Northern League Division One - were looking to become flag-bearers of their own; Newcastle Benfield have never won this 134-year-old competition.

Their starting XI included Marc Dummett, older brother of Paul, and the Magpies defender was among the 479 crowd on a cold Friday night at Whitley Park a day after signing a new long-term contract at St. James' Park, while Nikos Dabizas was another interested spectator.

They saw Benfield start brightly, with Jon Mellish drifting past a couple of challenges before shooting low from the edge of the box, but Paul Woolston fielded comfortably.

At the other end, Owen Gallacher had two half-chances - a header on target and a shot some way off target - before Roberts fired United ahead after 19 minutes, cutting inside before drilling a powerful strike beyond Andrew Grainger.

Benfield's top scorer this season is 40-year-old Paul Brayson, the former Magpies youth team player, and he did well to tee up Luke Carr, but the midfielder fired over the bar.

And in the 38th minute, Sangare made it 2-0 to the Magpies with a neat finish from just inside the area.

In the second half chances were few and far between until Gallacher sent a diving header wide after a left-wing cross from substitute Callum Smith.

In the 73rd minute, Roberts unleashed another low strike from the edge of the box which Grainger managed to push behind - but with nine minutes left to play, and after Brayson had squandered the a great opportunity to pull one back, the Benfield keeper was unable to keep out another strike from the livewire winger.

It could have been 4-0 but Dummett cleared off the line from Sangare, then Grainger spread himself to make a superb block from Victor Fernandez after the young Spaniard had jinked into the box.

And the visiting goalkeeper made an even better save from Gallacher late on, before Roberts was denied what would have been a deserved hat-trick when his strike cannoned off the underside of the crossbar.

He may not have claimed the matchball, but he'd already done enough to help Newcastle United march into the final.