Dundee United XI vs Newcastle United Under 21s at Stadion.Core.ViewModels.Matchday.LocationViewModel 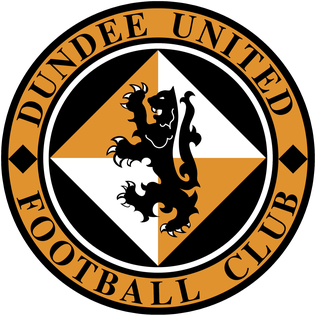 Newcastle United Under-21s rounded off their pre-season campaign with a 2-2 draw against a Dundee United XI at the University of St. Andrews Sports Centre on Monday.

The young Magpies trailed inside the opening 15 minutes before Santiago Muñoz - who made his Newcastle first-team debut as a second-half substitute during Saturday’s pre-season friendly win against Athletic Club - levelled the friendly clash with an impressive solo finish.

Dylan Stephenson - who made his senior debut for his boyhood club in Friday's friendly victory against Atalanta - missed a second-half penalty before the Scottish outfit regained their one-goal advantage.

However, Matt Bondswell's late strike ensured a draw for Newcastle's youngsters in the final stages, completing an unbeaten pre-season campaign after three previous wins against La Liga outfit Elche CF as well as their Blackburn Rovers and Sheffield United counterparts.

Elliott Dickman made four changes to the side which claimed a 3-2 win against the Sheffield United counterparts at Newcastle's Little Benton Academy as Matty Longstaff - who featured in the Magpies' first-team matches against Benfica, Atalanta and Athletic Club - was handed a place in the starting XI.

Turner-Cooke created United's opening goalscoring opportunity as the 18-year-old attacking midfielder, who joined the Magpies' Academy from Sunderland in January 2021, attempted a speculative long-range effort which landed into the gloves of the Dundee goalkeeper.

In the 15th minute, Dundee opened the scoring as the striker beat Thompson to a loose ball inside the penalty area before firing the ball home into an empty net.

Newcastle's second-string, though, responded in bright fashion as Muñoz equalised for the visitors, registering his second goal in four friendly fixtures for the Magpies' youngsters.

After the Mexican forward, born in Texas, evaded the challenge of two defenders, the North American teenager slid the ball into the bottom right-hand corner to draw Newcastle level.

Muñoz combined neatly with Turner-Cooke shortly after before the latter saw a low driven shot held by the Dundee goalkeeper before returning the favour for Muñoz minutes later, who smashed a fierce volley into the chest of the Tangerines shot-stopper.

In the second-half, Newcastle were awarded a penalty after the hour mark as Stephenson's strike at goal was adjudged to have struck an arm inside the box but the Blyth-born striker was unable to convert from 12 yards as his spot-kick was saved before the ball was cleared to safety.

The teenage forward, who signed his first professional contract with his boyhood club in the summer of 2021, latched onto Turner-Cooke's teasing cross into the box but saw his first-time strike kept out at point-blank range before Muñoz's follow-up was tipped over the crossbar.

In the 70th minute, Dundee found themselves ahead for a second time as Newcastle's defence were unable to clear from a dangerous corner before the ball was stabbed home from close range.

Just like in the first-half, Newcastle's second-string equalised in quick fashion through Bondswell as the Nottingham-born left-back, who made his first-team debut during a pre-season friendly against Doncaster Rovers in July 2021, levelled the contest in the closing stages.

The 20-year-old full-back started a promising move down the left flank, combining neatly with Muñoz, before eventually latching onto a loose ball into the box, tucking the ball into the net.

Muñoz, who netted a free-kick against Blackburn Rovers under-21s, was unable to repeat his set-piece heroics to seal a 100 per cent winning record for United's second-string in pre-season, sending his effort from the edge of the penalty area narrowly wide of the target. 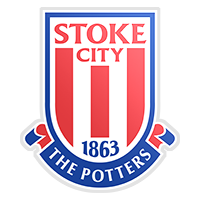