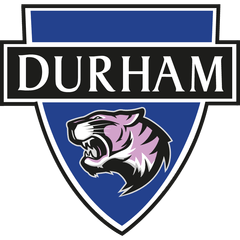 After a bright start from the Lady Magpies which could have seen them score twice in the opening exchanges, United conceded five times in the second half - although Jayden Maxwell did register a stunning consolation goal late on.

Megan McKenzie and Jess Foster both brought brilliant saves from Rosie Todd as Newcastle looked to build on their weekend win over Chorley Women.

But after that, the home side began to dominate with Dannika Purdham testing Michaela Raine - deputising in goal with Grace Donnelly and Dominyka Podziute both ruled out through injury - on two occasions and Jordan Atkinson hitting the post with a header.

Lauren Robson's great turn then saw her drag an effort wide for Cestria, but in the 27th minute Georgia Richardson broke the deadlock with a cross-shot which flew past Raine.

United nearly responded immediately through Foster, but she stabbed just wide after racing onto McKenzie's pass, and the visitors were grateful to Raine for another good save just before half time as she denied Atkinson after a great run and Erin Nelson put the rebound wide.

But there was nothing Raine could do as Cestria doubled their advantage in the first minute of the second half, as Atkinson won possession and lofted the ball over the goalkeeper.

Nelson made it 3-0 in the 55th minute, cutting inside and drilling home, before Rebecca Olley came agonisingly close to pulling a goal back for United, her lob dropping just the wrong side of the post.

The home side then ran riot, with Nelson getting her second from close range before Atkinson grabbed a brace of her own to make it 5-0 and substitute Sophie Hodgson got in on the act with a sixth for Cestria.

Becky Langley's side kept on going, though, and substitute Maxwell scored a wonderful long-range goal to end what was an otherwise disappointing evening on a positive note.

United will look to bounce back when they entertain Liverpool Feds on Sunday. Kick-off at Druid Park is at 2pm (BST).