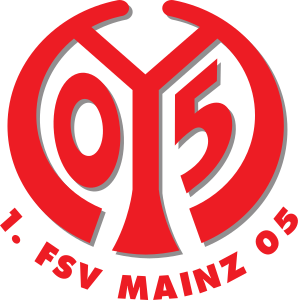 Newcastle United suffered a narrow defeat in their final outing in Austria, as Delano Burgzorg's second half strike gave Mainz a 1-0 friendly win on Monday.

In a low-key encounter at the Kufstein Arena, Burgzorg's strike after the break separated the two sides on an afternoon of few chances.

The Dutchman ran clear to slot home the winner with 58 minutes gone and Eddie Howe's men were unable to muster a response, with Joelinton and Callum Wilson both going close for the Magpies as they were beaten for the first time in pre-season.

The first half brought little action of note, perhaps in part because of the red-hot conditions in Austria. Neither United nor their German opponents were able to carve out any meaningful opportunities, despite the efforts of Bruno Guimarães and Ryan Fraser.

Midfielder Guimarães probed for gaps in the Mainz backline and winger Fraser's willing running caused problems for the Bundesliga side, but there were no real chances for Howe's men, who were tested only occasionally at the other end. Paul Dummett did well to nod away a dangerous delivery from captain Silvan Widmer, who later lashed one well over Martin Dúbravka's crossbar.

Matt Ritchie replaced Dummett on the half hour, a pre-arranged substitution, and just after that Kieran Trippier's persistence almost brought an opening. The England full back stole possession and looked to slide in Chris Wood, who was adjudged to have strayed offside. Trippier then whipped a free kick towards goal, but a timely deflection sent it over the bar. Anton Stach had a go from a free kick himself, but Dúbravka stood firm, palming away his strike before the break.

After Sven Botman - handed a first start by Howe - produced a timely block just after the restart to prevent Jonathan Burkhardt from testing Dúbravka, Joelinton went close for the Magpies, warming the gloves of goalkeeper Robin Zentner with a low drive that required a decisive intervention from the Mainz stopper, who pushed it away.

Fabian Schär was then replaced by Dan Burn after pulling up and seconds later United were hit on the break. A Trippier free kick was blocked, perhaps illegally, but play continued as some quick thinking freed wideman Burgzorg. He looked to have taken the ball too wide but managed to get a shot away just in time, rolling it under Newcastle's Slovakian stopper to give his side the lead.

The United boss waited until the final half hour before shuffling his pack, making ten further changes to his side. Captain Jamaal Lascelles was among those introduced, as were Allan Saint-Maximin and Wilson. Saint-Maximin and fellow replacement Elliot Anderson combined to release Emil Krafth on the right, but Jacob Murphy was unable to get a decent connection on his low cross.

There was a half-chance for Wilson soon after, as he ghosted into space in the box and glanced an effort narrowly wide of the upright, while the lively Anderson saw his attempt gathered by substitute goalkeeper Finn Dahmen. By the end, it was United who looked likeliest to score; Jonjo Shelvey blazed a shot over and Wilson saw a fierce strike from a tight angle turned away by Dahman, but they just couldn't quite force a leveller.

Back to 1. FSV Mainz 05
See Newcastle United Line up