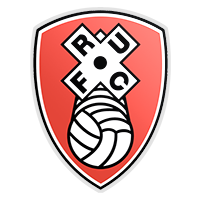 The Magpies will make the trip to the AESSEAL New York Stadium on Tuesday, 27th July for a 7pm (BST) kick-off.

It will be Newcastle's second ever visit to the 12,021-capacity venue with the first coming in the Sky Bet Championship in October 2016, when Christian Atsu's goal gave United three points.

The teams have played each other 17 times in competitive matches, with Newcastle winning ten of those fixtures and five ending in draws.