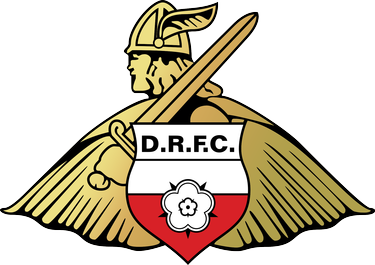 Kick-off at the Keepmoat Stadium was delayed by quarter-of-an-hour to allow supporters more time to enter the ground - but Newcastle United's second pre-season friendly of the summer proved to be worth the wait for the 3,100 travelling fans.

Goals from Ryan Fraser, Sean Longstaff and Callum Wilson ensured that the Toon Army enjoyed their first away match since a 1-0 win at Southampton in March 2020, and the supporters were the real stars of the show in South Yorkshire.

But there were also plenty of impressive performances on the pitch as Steve Bruce's side were much-improved from Sunday's defeat at York City.

And there were senior Newcastle debuts for Morpeth-born 20-year-old Jack Young, who has been with the club since the age of seven, and England under-18 international Matt Bondswell, who both came off the bench in the second half.

Fraser - fresh from featuring for Scotland at Euro 2020 - opened the scoring in the 12th minute with an excellent low drive from outside the box before Longstaff made it two in the 24th minute, prodding home from close range from a Jamal Lewis cutback after fantastic work on the left from Allan Saint-Maximin.

Tommy Rowe pulled a goal back on the half-hour, slotting home the rebound after Dan Langley had kept out a deflected long-range strike.

But Wilson - who had been typically dangerous throughout the first half - extended United's lead in the 56th minute, slotting past Louis Jones after latching onto Fraser's inch-perfect pass.

One of several trialists for the home side was unlucky to see a curling effort hit the bar in the 69th minute but Newcastle should have added another when Fraser missed from close range, then Jacob Murphy flashed an effort just wide after a superb solo run.

Doncaster set up an exciting finish when Omar Bogle headed home in the 76th minute, but United sent their fans home happy with a deserved win.

Back to Doncaster Rovers
See Newcastle United Line up