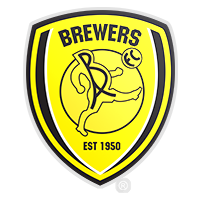 Joelinton claimed a goal and an assist as Newcastle United recorded their second victory of the pre-season campaign at the Pirelli Stadium.

The Brazilian returned from the injury which forced him out of the Magpies' first friendly at York just under a fortnight ago and, after helping to set up Jacob Murphy for Newcastle's opener, got on the scoresheet himself with a fine header from a Ryan Fraser corner.

Emil Krafth and Fabian Schär also started as they continue to be eased back in following their Euro 2020 excursions during the summer, but Callum Wilson missed out with a slight knock. Illness sidelined Allan Saint-Maximin for a second match while Karl Darlow continues to recover at home after testing positive for Covid-19 earlier in the month.

Kick-off was delayed by five minutes as Newcastle fans streamed into the stadium but once the game got underway, they didn't have to wait long to see their side take the lead. In the sixth minute, Joelinton raced onto Matt Ritchie's ball into the left-hand channel and while Isaac Hayden couldn't turn his cutback home, Murphy was able to tuck the ball home at the far post.

Burton had an opportunity to quickly level, but Lucas Akins' header from Jonny Smith's cross was comfortably claimed by Freddie Woodman.

Ritchie hit the side-netting after 15 minutes before Joelinton had a shot cleared off the line by Ryan Leak after Ryan Fraser's low cross and at the other end, Tom Hamer fired just wide for the Brewers.

Both sides threatened at the end of the first half, with Federico Fernández sending a header too close to Ben Garratt for United and John Brayford shooting off target from 20 yards for the hosts.

Just over a minute into the second half, Joelinton made it 2-0 to cap a strong showing and, after Smith failed to test substitute goalkeeper Mark Gillespie when well-placed, Murphy almost got his second when a mazy run was followed by a low strike which Garratt gathered at the second attempt.

Joe White - who made his senior debut as a late substitute at Rotherham on Tuesday night - was brought on in the 55th minute here, along with Dwight Gayle, a scorer when Newcastle won here on their only competitive visit in 2016/17, and the latter twice came close to repeating the trick, first shooting narrowly wide from inside the box and then just failing to get a touch to Schär's shot, which skidded wide of its target.

And England under-18 international White almost scored his first goal for United in fantastic fashion but his volley from 25 yards was parried by Garratt before Hayden was denied from the loose ball by a superb last-ditch Conor Shaughnessy block.

Gillespie had to scramble to keep out an errant backpass from Murphy and hold a curling long-range effort from Omari Patrick, but Steve Bruce's side were otherwise in control of the final 20 minutes as all nine outfield substitutes - including youngsters Jack Young and Tom Allan - were given gametime, with only Jeff Hendrick playing the full game.