Newcastle United booked their place in the Carabao Cup quarter-finals after beating Newport County on penalties on Wednesday night.

It ended 1-1 after 90 minutes, with Jonjo Shelvey whipping in a superb late equalizer to take the game to spot-kicks.

But Newport had led for the vast majority of the contest after Tristan Abrahams’ early opener at Rodney Parade, and the League Two side had a host of chances to add to their advantage.

In the end Shelvey’s strike meant the tie would be decided from 12 yards and, after Mark Gillespie denied Ryan Taylor and then Brandon Cooper blazed over, the Magpies went through having come out on top in sudden death.

The result means Steve Bruce’s charges are in the hat for the last eight – the first time they have reached that stage since the 2016/17 season.

United signalled their intent early on as Sean Longstaff let off a shot from range, but just five minutes into the contest the Exiles went ahead. It came after Scott Twine took aim from 30 yards with a speculative strike which dipped rapidly before thumping the crossbar. It seemed to surprise Newcastle, and the ball fell to Abrahams on the edge of the box. His control was instant and though his shot wasn’t well-struck, it was on target, deceiving Gillespie as it bounced before him and crept into the corner of the net.

Jacob Murphy, back in the side after impressing in the 7-0 win at Morecambe in the third round, led the Magpies’ response, coming in off the right flank and stinging Nick Townsend’s palms twice in as many minutes as the contest continued at a frantic pace. Matty Dolan curled a free kick just wide of the target while, at the other end, Shelvey tried to muster a leveller but couldn’t quite connect properly with Ryan Fraser’s knock-down.

Newport had their chances, though, towards the end of the first period in particular. Liam Shephard’s fine control gave Scot Bennett a sight of goal, but he hooked his half-volley wide of the target. After Murphy pulled a shot wide, Padraig Amond blasted a glaring opportunity over the bar as Bruce’s men went in trailing at the break.

The second half saw Newcastle turn up the pressure on their fourth tier counterparts. Murphy saw a close-range effort smothered by Mickey Demetriou and then, at the second attempt, was closed down by Townsend, who averted the danger.

The visitors carved out another fine chance when Fraser went one-on-one soon after, but the County goalkeeper was quick off his line to deny him. The rebound fell into Miguel Almirón’s path, but again, Townsend was in the way.

United kept pushing as Newport tired, however, but it took until the final ten minutes for them to draw level. It was an outstanding individual strike from Shelvey, who cut inside from the right and made himself some space before unleashing a wonderful curling strike which found the top right-hand corner of the net.

They could have won in in the final moments of stoppage time as Federico Fernández’s fierce shot was nodded off the line but, with nothing to separate the sides, the tie went to penalties.

With only United substitute Joelinton and Newport replacement Taylor having missed their spot-kicks, it went to sudden death.

And, after Sean Longstaff calmly rolled home his penalty, it was left to Cooper to keep the hosts in the competition – but he blazed his effort high over Gillespie’s crossbar, sending United through to the last eight for the second time in five seasons.

Toon in training: Magpies looking to make it back-to-back wins

Order your matchday programme now ahead of West Ham clash

Back to Newport County
See Newcastle United Line up 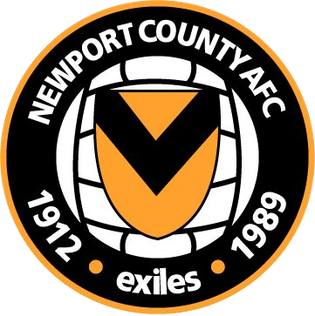