Ryan Fraser netted the winner on his Newcastle United debut as the Magpies booked their place in the Carabao Cup third round with a 1-0 victory over Blackburn Rovers on Tuesday night.

The Scottish international, who joined United last week, swept United in front in the first half at St. James’ Park after latching on to Miguel Almirón’s excellent through ball.

Despite plenty of Rovers pressure after the restart, it was Steve Bruce’s side who held on to make it two wins from two so far this term – and take them through to the next round, where they will face Morecambe or Oldham.

There were signs early on that Fraser, in tandem with Almirón, could cause the Championship side some serious problems. Their pace and speed of thought saw the Paraguayan release United’s new recruit in the opening minutes, but Derrick Williams got across quickly to clear.

It was a sign of what was to come, though Rovers did squander a glorious opportunity to take the lead. It was made by the industry of Ryan Nyambe, who flew down the right flank after playing a one-two with the lively Tyrhys Dolan. The full back’s low cross found Lewis Holtby unmarked, but the former Tottenham man somehow pulled his shot wide of debutant Mark Gillespie’s goal.

Joe Rankin-Costello had a go for the visitors and Emil Krafth headed wide for the hosts, but in truth it seemed to be Blackburn who were enjoying the more meaningful possession when they fell behind. It was a superbly-worked goal from Bruce’s men, with Almirón sliding a delightful reversed pass into Fraser’s path. Having beaten the offside trap, there was no catching the Scotland flier, and he clipped a low finish beyond Thomas Kaminski to put Newcastle one up.

In the half’s closing moments it could have been two, as Almirón’s speed again took him away from the Rovers backline, but his shot was just too high to trouble Kaminski.

The second period began in a more open fashion, with Matt Ritchie almost creating a second for Fraser after a swift breakaway, and former Carlisle United stopper Gillespie saved well with his feet as Amari’I Bell took aim from a tight angle.

Before the hour, Fraser – who hadn’t played a game since March following his departure from Bournemouth – was withdrawn as Jacob Murphy entered the fray and not long after, former United forward Adam Armstrong was summoned from the bench for Blackburn.

And Holtby again went close as Tony Mowbray’s side applied some pressure, hitting a shot on the turn from the edge of the box which had Gillespie concerned but ultimately flashed just wide.

Joelinton and Armstrong then traded efforts, testing Kaminski and Gillespie respectively, before Williams stabbed a Joe Rothwell corner over the top as Blackburn finished the contest in the ascendency.

But in the end it was Fraser’s solitary debut strike which settled it at St. James’, ensuring their place in the third round and setting up a trip to either Morecambe or Oldham in the process.

'You know what? It's the most peaceful thing ever' - Freddie Woodman interview 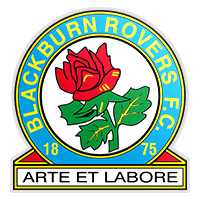