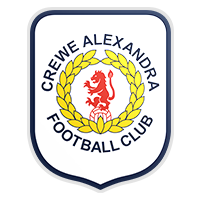 Newcastle United got their pre-season campaign off to a winning start with a comfortable victory over Crewe Alexandra at Queen Ethelburga's Collegiate on Tuesday.

Andy Carroll's superbly-taken opener and goals from Christian Atsu and Federico Fernández gave the Magpies victory, with Steve Bruce fielding completely different sides in each half against the Alex, who were promoted to League One last season.

Miguel Almirón almost put United in front inside the first minute but shot just wide, then in the sixth minute Allan Saint-Maximin burst into the box but saw his shot from a narrow angle saved by Dave Richards.

Two minutes later, Mark Gillespie made a fantastic save on his Magpies debut, denying Offrande Zanzala from point-blank range.

Jacob Murphy, starting on the right flank, raced onto a pass from Daniel Barlaser in the 13th minute and tried to round Richards, who could only palm the ball towards Emil Krafth - but the Swede's effort was blocked.

Zanzala nodded wide for the Railwaymen before, in the 34th minute, brilliant work from Murphy resulted in a great chance for Almirón, but he headed off target from six yards.

Just before the break, Allan Saint-Maximin teed up Paul Dummett, whose 25-yard drive struck the bar, but soon after the restart Atsu slammed the ball home from fellow substitute Dwight Gayle's pass.

In the 49th minute, Jonjo Shelvey saw a 30-yard free-kick cannon back off the bar, then another Shelvey strike also hit the woodwork before, in the 73rd minute, Fernández headed home from Barlaser's corner to cap a dominant second-half display from United, who nearly added a fourth through Matty Longstaff in the last minute.

Back to Crewe Alexandra
See Newcastle United Line up