Brentford vs Newcastle United at Stadion.Core.ViewModels.Matchday.LocationViewModel

Newcastle United squandered the chance to reach a first semi-final in 15 years after losing to Championship side Brentford in the last eight of the Carabao Cup.

A second-half strike from former Arsenal youngster Josh Dasilva proved the difference at the Bees’ Community Stadium, as the West London outfit claimed a fourth straight top-flight scalp in the competition this term.

The Magpies’ brightest moments, in truth, came in the opening half, and despite having four forwards on the pitch in the closing stages of the game, they struggled to really lay siege to the hosts’ goal.

Brentford got off to the livelier start at their sparkling new home and saw a reasonable opportunity go begging just six minutes in, with the unmarked Ethan Pinnock nodding wide from Saman Ghoddos’ corner. The Magpies fashioned a chance of their own early on after DeAndre Yedlin picked out Callum Wilson’s run with a ball down the right, and the frontman stung the palms of Bees ‘keeper Luke Daniels.

Ghoddos perhaps ought to have given his side the lead midway through the first half. The impressive Dasilva found a considerable gap deep on the Magpies’ left and delivered a low cross into the heart of the penalty area. Ghoddos had time to get his bearings but scuffed his effort and saw an untidy shot bounce onto the crossbar and out of play. United were hugely fortunate not to fall behind two minutes later, as Pinnock got on the end of another corner and headed the ball across goal for Sergi Canós, who somehow failed to find the target.

Newcastle improved as the half wore on, though, and came close to opening the scoring twice before the break. Jonjo Shelvey’s superb cross-field pass was gathered by Ryan Fraser on the left, and the diminutive Scot checked inside before bringing a flying stop out of Daniels. Then, just seconds prior to the end of the half, Wilson picked up the pieces after Brentford failed to clear and managed to break into the area. He was forced wide by the hosts’ ‘keeper, however, and it was Fraser who ended up seeing a tame shot cleared off the line.

Wilson had another sight of goal shortly after the break, flicking a header narrowly over the top within 40 seconds of the restart. Jacob Murphy nearly found himself in five minutes later but wasn’t quite able to get a shot away.

But as the half progressed, it was Brentford who were beginning to turn the screw. A Ghoddos cross just after the hour caused one or two problems inside the United penalty area and Ciaran Clark was twice forced to block, first from a Canós strike, then from Christian Nørgaard. The Bees didn’t have to wait too much longer to get their noses in front, though, as Dasilva met Canós’ ball from the left and guided a thumping first-time strike beneath the body of Karl Darlow.

Brentford defender Mads Sørensen got a block in to deny Wilson as United threatened an instant response, the former Bournemouth forward comfortably the Magpies’ most dangerous player throughout. With a quarter of an hour to go, Newcastle were indebted to Darlow for still being in with a shout, as the stopper produced a brilliant save to keep out Nørgaard’s effort after former United frontman Ivan Toney – who’d just come off the bench – had flicked the ball on.

But despite Andy Carroll, Dwight Gayle and Joelinton all being on the pitch for the Magpies by the end of the game, a leveller rarely looked like coming. Wilson was unfortunate to see the ball squirm away after combining with Gayle, while Carroll fired a 20-yard strike wide, but it was Toney who could have had the final say, forcing Darlow into a low stop in the dying embers of injury time.

Back to Brentford
See Newcastle United Line up 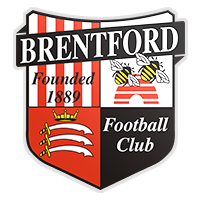