Sean Longstaff’s thumping effort got the Magpies off to a fine start in the fourth round replay at the Kassam Stadium, before Joelinton slotted past Simon Eastwood to double the lead with 30 minutes gone.

And it was left to Saint-Maximin to strike the decisive blow 116 minutes into an epic contest, cutting inside and blasting an unstoppable shot into the top corner to make sure of United’s place in the last 16 for the first time in 14 years - and set up a trip to West Bromwich Albion in the process.

A cagey opening quarter of an hour closed with Longstaff’s fine strike igniting the contest. It came as a result of the hosts’ sloppiness; when they couldn’t play their way out of their own half United picked up the pieces, with Miguel Almirón crossing for Joelinton. The Brazilian’s lay-off found Longstaff, who delayed his shot until just the right moment, finding the top right-hand corner to register his first goal of the season.

A minute later Joelinton almost made it two, prodding Nabil Bentaleb’s inviting cross over, but on the half hour the Magpies’ number nine got his goal. The visitors countered after clearing an Oxford free kick and it became a race between Joelinton and Rob Dickie. The U’s centre half lost out, beaten for pace by the big frontman, and his right-footed finish was clean and measured.

But Karl Robinson’s men responded well, and forced Karl Darlow into action just a minute later. The ball dropped kindly for Jamie Mackie in the box and his shot on the turn was well repelled by Darlow, who looked to have been beaten moments later by Sam Long. The full back’s shot was heading for the net but Jamaal Lascelles read it, getting his head in the way just in time to divert it off the line.

Newcastle had to make a change before the break, with Joelinton withdrawn injured and Saint-Maximin introduced, and the League One side continued to apply pressure. Mark Sykes’ deep cross was met on the volley by Holland, but his effort took a deflection and dropped just over the bar.

Almirón pulled one wide before the break, but Oxford steadily grew into the second period, with Mackie the strong-running focal point of their attack. The former Scotland international was replaced by Matty Taylor, though, as Robinson’s side sought a way back into the tie, with the lively Marcus Browne also brought off for Liam Kelly.

The U’s had initially struggled to recapture the attacking rhythm that had given Bruce’s side a few scares in the first half but they gave themselves hope when substitute Kelly curled a fine free kick over the wall and beyond Darlow with six minutes left.

And, after Longstaff had pulled a shot wide and Josh Ruffels blasted over, the equaliser arrived in the dying moments. Oxford pumped a free kick into the box, it fell kindly for Holland, and his volley was sweetly struck, leaving Darlow helpless and forcing an extra 30 minutes.

In the first period of extra time, Dan Agyei went close for the hosts in what became a goalmouth scramble before Saint-Maximin stung Eastwood’s palms with a low drive at the other end and then forced a save after bursting into the box at speed.

But in the end, the Magpies’ French winger was the difference. As Newcastle countered with penalties looming, Saint-Maximin beat his man, jinked inside from the left and unleashed a stunning effort which left Eastwood with no chance, sending Newcastle through in style and booking a last 16 clash at the Hawthorns.

United As One in focusing on diversity

Allan Saint-Maximim: I love to play football - I've missed it and I'm really happy to be back

Back to Oxford United
See Newcastle United Line up 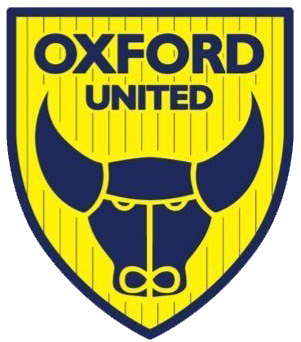