United carved out plenty of chances to secure the points, but in the end it was Clark’s contribution – a close-range finish for his second goal in as many weeks, after his strike in the 3-2 win at West Ham – that proved decisive, as Newcastle made it five home games unbeaten on a chilly afternoon on Tyneside.

Bournemouth began brightly, with Ryan Fraser at the heart of their early endeavours. His long-range dipping drive worried Dúbravka just a few minutes before bursting onto Josh King’s cutback inside the six-yard box. Somehow, though, the Scot – under pressure from Yedlin – couldn’t turn it in, and United’s Slovakian stopper held on.

Bruce’s side responded, with Jetro Willems forcing a save from Aaron Ramsdale almost immediately, but it didn’t deter the Cherries. Their opening goal seemed like a move straight from the training ground. Lewis Cook took the corner from the left, playing it low towards Josh King, who returned it. Cook then fired it into the box and Wilson, who had peeled away from his marker, dispatched it cleanly.

Full back Sergio Rico nearly doubled their lead when his fierce cross-shot struck the corner of post and bar, but the Magpies were beginning to find their feet by then. Jonjo Shelvey blasted wide and Joelinton’s deflected low shot was held by Ramsdale.

They did have one scare ten minutes before the break. Fraser latched onto a long ball and beat the onrushing Dúbravka, but by the time he’d taken aim, Yedlin had got himself back to turn it off the line.

From there, the game seemed to be Newcastle’s for the taking. Bournemouth retreated, and were almost punished for their sloppiness when Allan Saint-Maximin robbed Steve Cook and raced into the box. His finish was firm and Ramsdale was beaten, but the ball cannoned back off the crossbar.

The Frenchman was instrumental in the Magpies’ leveller, which came just before the break. Saint-Maximin cut in from the left and fired it goalwards, but the effort ended up bringing the former Nice flier his first assist in English football. Yedlin’s run into the box was perfectly timed, and when his teammates shot – which was going wide – came his way, he made no mistake, thumping a diving header into the roof of the net.

After another lengthy VAR check the goal was awarded, and six minutes after the restart the turnaround was complete. It came through a move similar to the one which saw Federico Fernández nod in his side’s second at West Ham a week previously. Willems sent in a cross from the left and Fernández flicked it on for Clark, who nipped in to poke it beyond Ramsdale to put United in front.

Fernández almost set up a third for Joelinton with a long pass over the top soon after, but the Brazilian’s lob was pushed away by the visitors’ stopper. Another, clearer opening came fell to Saint-Maximin, who breezed past substitute Simon Francis to go one-on-one, but Ramsdale got a touch to it is he tried to round him. The ball fell for Miguel Almirón, and with his first Newcastle goal looking about to arrive, he took aim, but the goalbound effort struck Saint-Maximin and cleared the bar.

It was the hosts’ final chance, but also the final real opportunity of the contest. Bournemouth enjoyed plenty of the ball during the closing stages, but couldn’t fashion any kind of strike on goal, leaving Bruce’s men to celebrate another fine result at St. James’ Park. 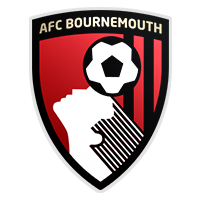