Newcastle United ended the 2018/19 campaign in perfect fashion with a comprehensive victory over Fulham at Craven Cottage.

Quick-fire goals from Jonjo Shelvey and Ayoze Pérez – the former’s a thunderbolt – put the Magpies firmly in the ascendancy with less than a quarter of an hour played, and Rafa Benítez’s side rarely looked like letting their advantage slip.

Fabian Schär added to the damage just after the hour mark, before Salomón Rondón put the icing on the cake in the final minute of normal time. Victory ensured Newcastle eclipsed last year’s points tally of 44, ending the season in 13th place after AFC Bournemouth’s defeat to Crystal Palace.

Although Fulham – taking to the pitch for the first time since Scott Parker’s appointment as permanent head coach – got off to a purposeful start, with Aleksandar Mitrovic an inch from connecting with Joe Bryan’s teasing cross, the Cottagers were left shell-shocked by United’s quick-fire brace. It was Bryan’s intervention which led to the Magpies’ first, the full back awkwardly turning Matt Ritchie’s cross out for a corner eight minutes in. Ritchie duly delivered it himself, picking out Shelvey on the edge of the penalty area, and the midfielder took the ball down from the air before letting fly with a thunderous effort which crashed into the top left-hand corner.

Two minutes later, the Magpies doubled their lead. Again, the move started down the Cottagers’ right, with Christian Atsu ultimately gathering possession before taking aim with his weaker foot. The wide-man’s effort was on target but tame, and ‘keeper Sergio Rico ought to have done better than simply fumble the ball into the path of Pérez, who produced a poacher’s finish.

The Cottagers re-grouped as the first half wore on but failed to force Martin Dúbravka into a meaningful stop. They ought to have pulled a goal back before the break through Mitrovic, who headed Floyd Ayité’s corner wide of the near post from a glorious position.

It was a case of déjà vu for Fulham after the interval. Again, they started the half brightly – United skipper Jamaal Lascelles making a pivotal block to deny André-Frank Zambo Anguissa – only to concede for a third time following another Ritchie corner. Swiss defender Schär rose high – and capitalised on some suspect marking – to apply the finishing touch, notching his fourth goal of the season.

Ayité looked to have reduced the arrears on 65 minutes after diverting Anguissa’s low shot past Dúbravka, only for the assistant referee’s flag to come to the Magpies’ aid. Replays showed that the Togolese international had actually held his line, though.

The Cottagers continued to enjoy plenty of the ball but looked vulnerable on the counter. Rondón came close to adding a fourth for Newcastle after meeting Paul Dummett’s centre, defender Maxime Le Marchand heroically putting his body in the way six yards out.

Looking to add to his ten Premier League goals for the season, Player of the Year Rondón threatened again five minutes from time, hitting the side-netting after a flowing team move. The Venezuelan frontman was not to be denied, though, and he rounded off a memorable afternoon for Newcastle with a calm finish at the death after Rico’s initial parry.

Life through a lens: Chris Wood 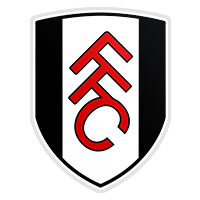