The Magpies’ skipper guided home Matt Ritchie’s corner from the left to settle a tight encounter at the Liberty Stadium, a result which takes Rafa Benítez’s side into the top half of the table.

Newcastle had shaded a slow-burning first half but, just 15 minutes before he struck at the opposite end, Lascelles had been forced into a fine last-ditch clearance to deny the hosts’ Tammy Abraham.

On the whole, though, United were good value for their win in South Wales, seeing off the Swans on their own turf for only the second time in the Premier League.

The first half took some time to come to life, though the Magpies did have a sight of goal just five minutes in. After Jacob Murphy inadvertently got in the way of Joselu’s effort, Isaac Hayden picked up the loose ball and called Łukasz Fabiański into action with a left-footed strike.

Following a drab period, the intensity ramped up after the half-hour mark, with United coming agonisingly close to an opener. Ritchie swung in a precise cross from the left, and Joselu’s downward header looked set to drop in at the far post. Fabiański, however, managed to tip the ball wide in heroic fashion.

Having done little going forward for much of the opening period, Swansea could – and perhaps should – have taken the lead going into the break. Perched just six yards out and under little pressure, Alfie Mawson looked set to guide home Tom Carroll’s corner from the left, but the centre-half sent the ball wide of the near post.

Though Newcastle enjoyed more of the ball as the second half got underway, it was the home side who carved out the first opportunity. Jordan Ayew dinked the ball into Carroll’s path and, from a very tight angle, the former Tottenham Hotspur midfielder forced Rob Elliot into an instinctive save.

Five minutes later, the Swans came even closer. After holding off a challenge in midfield, Leroy Fer played Abraham through on goal. The forward rounded Elliot but, in doing so, carried the ball a little too far, allowing Lascelles the chance to slide in and clear off the line.

United found their feet again, though, and perhaps ought to have opened the scoring through Ayoze Pérez, who could only fire straight at Fabiański after being played in by Manquillo.

Joselu then tested Swansea’s Polish ‘keeper twice in succession – once from distance – as the Magpies began to turn the screw.

And, with 75 minutes on the clock, they made the breakthrough. Ritchie fired in a corner from the left and, after timing his run perfectly, Lascelles found the net with a thumping header.

Swansea won a couple of corners late on, but failed to threaten from either. Their best chance of a leveller came and went a minute into injury time, as two substitutes combined. Wilfried Bony – making his second debut at the Liberty Stadium following last week’s move from Manchester City – played Luciano Narsingh down the right, and the Dutchman’s low-struck effort brought a decent stop out of Elliot at his near post.

Newcastle were largely comfortable after breaking the deadlock, though, keeping the home side at bay to register a first top-flight away win since December 2015.

Lascelles: "We want to finish as strong as we can"

Back to Swansea City
See Newcastle United Line up 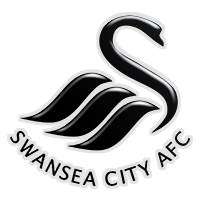