The League Two table-toppers kept the Magpies at bay for the opening half hour, but two Ayoze Pérez strikes – the first after a goalkeeping error – and a Jonjo Shelvey effort gave Rafa Benítez’s side a commanding advantage heading into the break.

However, the Hatters picked themselves up for the second half, and were given a glimmer of hope through Danny Hylton within five minutes of the restart.

They came close to setting up a grandstand finale on a string of occasions – Hylton seeing another goal ruled out before the hour mark – but the damage had already been done by that point, Newcastle easing over the finish line to book their place in Monday’s draw for the last 32.

Although Dwight Gayle saw a first-time effort deflect wide with less than 40 seconds on the clock, Luton were almost given the opportunity to take a surprise lead ten minutes in. Debutant Freddie Woodman’s clearance dropped at the feet of James Collins 20 yards out, but a poor first touch let the forward down, and the chance to take aim at an open goal went begging.

Hatters ‘keeper Marek Štěch was then called into action twice, diving low to his right to keep out a curling Jacob Murphy strike, before parrying Pérez’s 20-yard effort back into a dangerous area, though the visitors’ defence managed to clear the danger.

The Czech was not as fortunate next time, though. He got both hands to Gayle’s in-swinging free-kick but dropped a routine catch, allowing Pérez the chance to prod the ball home from just a couple of yards out.

And the Spaniard didn’t have long to wait before grabbing his second. Gayle got up well and brought a fine stop out of Štěch, but the ball dropped kindly for Pérez deep inside the penalty area, and the forward volleyed in.

Having held their own for the opening 30 minutes, the Hatters looked increasingly vulnerable, and they shipped a third before the break. Pérez picked out Gayle on the edge of the 18-yard box, and the frontman’s lay-off was met by Shelvey, who produced a confident finish with the inside of his boot.

Luton’s Luke Berry twice came close to pulling one back either side of the interval. With the last action of the first half, he headed Olly Lee’s corner wide from an unmarked position, then – two minutes into the second – stand-in centre back Isaac Hayden managed to get in the way of the midfielder’s sweetly-struck effort.

The Hatters did get on the scoresheet with their next attack, though. Glen Rea’s searching ball out of defence was gathered by Hylton 20 yards out, and the forward dropped a shoulder to get the better of the onrushing Woodman before rolling the ball into an empty net.

With just over a quarter of an hour remaining, they came agonisingly close to a second. Lee’s younger brother, Elliot, let fly from a free kick just outside the area, but saw the ball smash against the crossbar with Woodman beaten.

The Magpies’ young ‘keeper had to be at his best five minutes later, however, getting across his line to deny Luton’s Andrew Shinnie.

Murphy and Matt Ritchie both took aim from range for Newcastle as the game headed into the closing ten minutes, but neither were able to trouble Štěch.

Substitute Mohamed Diamé then sent a last-gasp strike just over the crossbar from 25 yards, before referee Neil Swarbrick called time on an entertaining encounter.

Back to Newcastle United
See Luton Town Line up 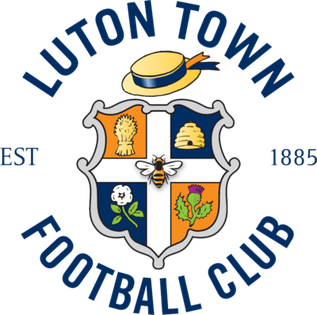