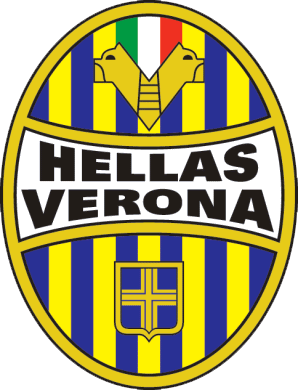 It took the Magpies less than five minutes to open the scoring, with Ayoze Pérez applying the finishing touch to a fine team move.

Christian Atsu quickly doubled their advantage, with United looking vibrant in the attacking third early on.

Though they created further chances aplenty before the break – as well as four or five more after it – they failed to add to their advantage further.

Still, Rafa Benítez is likely to be content with their showing on the whole, though, with their opening Premier League clash – at home to Tottenham Hotspur – now just a week away.

On the back of their impressive victory against Bundesliga outfit VfL Wolfsburg on Wednesday, United started with purpose against the Gialloblu – managed by former Newcastle No. 2 Fabio Pecchia.

They took the lead with their first attack of note. Jonjo Shelvey picked out Javier Manquillo’s run down the right, and the Spaniard’s inviting cross was glanced home by countryman Pérez, who registered his first goal of the Magpies’ pre-season campaign.

Aleksandar Mitrović then nodded wide from an Atsu cross, before Paul Dummett blazed high of the target after Matt Ritchie’s set-piece was only half-cleared.

United did not have to wait long for their second, though. A slip in the Verona backline left Atsu with just goalkeeper Nícolas to beat, and the Ghanaian made no mistake from a tight angle.

The Gialloblu’s Brazilian stopper did well to get both hands to a Mitrović effort on the half-hour mark after the frontman gathered Pérez’s lay-off 18 yards.

The home side continued to make all of the running as the half wore on, Shelvey curling narrowly wide two minutes prior to Pérez coming close with a close-range strike, which Nícolas blocked superbly.

The second half was just seconds old when the Magpies threatened again. Atsu was felled just outside the 18-yard box, and Shelvey sent the resultant free-kick narrowly over the crossbar.

Isaac Hayden then called substitute ‘keeper Marco Silvestri into action with a low-struck effort, with Dummett and fellow defender Ciaran Clark among those to take aim in the following exchanges with United camped inside the Gialloblu’s half.

After coming through another spell of pressure, Verona began to get a foothold in United’s half. They almost halved the deficit through Mattia Zaccagni, who was first to the loose ball following an Allesio Cerci corner. Clark, however, managed to block.

Newcastle were almost gift-wrapped a third, though, as the Gialloblu ceded possession in a dangerous area. Ritchie was the recipient, and the Scot’s fizzing drive brought the best out of Silvestri.

The wide-man came even closer to finding the net with ten minutes remaining, clipping the near post with a 20-yard free-kick.

That wasn’t quite the last of the afternoon’s goalmouth action, with Rolando Aarons nodding over the top from a Jacob Murphy cross, and another substitute – Siem de Jong – drawing one final save out of Silvestri.