In an encounter shy of real quality in the attacking third, the midfielder curled beyond a helpless Rob Elliot five minutes into the second half as two sides promoted from the Championship last term did battle.

The Magpies – beaten by Tottenham Hotspur on the opening day of the campaign – only ever looked dangerous in glimpses, with their best opportunity falling to Matt Ritchie 15 minutes in.

Ayoze Pérez spurned a decent opportunity as they searched for a leveller, but it was not to be for Rafa Benítez’s side, who are one of six in the top flight still to get off the mark.

Huddersfield – enjoying the bulk of possession early on – were the first to threaten. Chris Löwe’s cross from the left was only cleared as far as Mooy, whose low-struck effort was gathered by Elliot.

A quarter of an hour in, the Magpies were almost the architects of their own downfall, twice giving the ball away inside their own half. Tom Ince looked to pounce, but Elliot got both hands to the wide-man’s strike.

Just seconds later, though, United almost took the lead. Ritchie collected Pérez’s lay-off on the edge of the area, and it took a superb stop from Jonas Lössl to deny the Scot.

It was a rare sight of goal for the Magpies, in what was a largely uneventful first half. Any aspirations they had of building up a head of steam were quashed as the home side took the sting out of the game.

Rediscovering their attacking impetus, David Wagner’s side won a couple of corners just before the break, but failed to make anything of either.

Five minutes into the second half, though, the Terriers made the breakthrough. After exchanging passes with Elias Kachunga on the edge of the penalty area, Australian international Mooy picked out the far corner in stylish fashion.

Benítez acted by introducing new signing Joselu, who took to the field in place of Dwight Gayle, but the Magpies took their time to respond.

However, midway through the half, Christian Atsu found the Spanish frontman in a central position, and Lössl was forced into another decent save.

Ciaran Clark met the resultant corner, with the ball dropping for Pérez, who cleared the crossbar by some distance when well-placed.

Though Isaac Hayden fired wide with a venomous effort, and substitute Jacob Murphy forced Löwe into a last-ditch block, Newcastle failed to really lay siege to the Terriers’ goal, with their lengthy wait for a top-flight away win continuing.

Fancy a flutter against Huddersfield?

Back to Huddersfield Town
See Newcastle United Line up 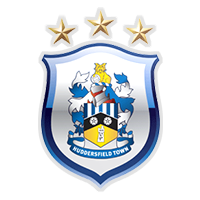