Shelvey set the ball rolling early on with a deflected effort from distance and the lead was doubled on the half-hour mark by the outstanding Perez, who beat R's goalkeeper Alex Smithies with a low finish.

It was a dominant first half display, but the visitors cut loose after the interval and refused to take their foot off the pedal.

Midfielder Shelvey netted his second of the evening with a 25-yard screamer that bent into the top corner, before Clark got in on the act with a powerful header and Mitrovic kept his cool when unmarked inside the six-yard box.

And there was still time for substitute Grant Hanley to score his first Newcastle goal with a close-range finish, as they racked up a sixth successive victory in all competitions and a fifth clean sheet in a row.

Rafa Benitez will be delighted with his side's performance and they will look to make it seven in a row on Saturday as Wolverhampton Wanderers come to St. James' Park.

United had the ball in the back of the net inside the opening eight minutes when, as Rangers failed to properly clear a right-wing corner, Perez diverted home Shelvey's 20-yard drive.

However, as the Spaniard wheeled away in celebration, he was confronted by the raised flag of the assistant referee, who had deemed him to have strayed offside

But they were not to be denied and finally broke the deadlock in the 12th minute in a similar fashion.

Mitrovic raced down the left flank before intelligently pulling the ball back into the path of Shelvey. The England international midfielder struck it first time and, again, it took a deflection, but this time off a QPR defender and past the scrambling body of keeper Alex Smithies.

Not content with one, United quickly went about trying to extend their lead and only a fine save from Smithies prevented Ritchie's long-range rocket from finding the top corner.

Perez was next to try his luck, cushioning Matt Ritchie's delivery to take himself away from Steven Caulker and then firing a left-footed strike inches wide of the far upright.

But it wasn't long before the outstanding forward got the goal his performance deserved, as Perez doubled Newcastle's advantage on the half-hour mark.

Receiving another defence-splitting Ritchie pass, this time on the left-hand side of the penalty area, Perez's first effort was blocked by Smithies, but he made no mistake with the rebound, sidefooting home a composed finish.

It took Rangers 37 minutes to muster their first attempt of the night, and while Tjaronn Chery's 25-yard drive was on target, it was comfortably smothered by Matz Sels, who had been a spectator to that point.

But the Magpies were soon back on the front foot and Perez - brimming with confidence - attempted an audacious lob from just shy of the halfway line, although was unable to lift his effort high enough to beat the back-pedalling Smithies.

The second half was just three minutes old when United grabbed their third of the evening through Shelvey.

His first goal may have taken a big deflection on its way in but there was no doubting the quality of this one, as the midfielder received Perez's lay-off 25 yards out and duly bent a brilliant strike into the top corner.

And in the 56th minute it was 4-0. Ritchie sent an inswinging corner towards the far post, where Clark towered above his marker to plant a downward header into the back of the net, right in front of more than 3,000 travelling supporters.

Newcastle were absolutely rampant and it should have been five minutes later. However, when Mitrovic nodded powerfully towards the top corner, Smithies managed to impressively divert it onto the crossbar and away to safety.

Just past the hour mark, Christian Atsu was introduced from the substitutes' bench for his debut and the loanee played a key role as the visitors grabbed their fifth of a truly memorable evening.

Atsu cut in off the right flank and was given time and space to pull the trigger, with his left-footed shot finding its way to Mitrovic, completely unmarked, six yards out, to prod in.

But they still weren't done there and with 11 minutes remaining it was 6-0.

It stemmed from a right-wing corner which QPR failed to clear, and as Clark volleyed back into the heart of the danger zone, substitute Hanley was on hand to stab home his first goal since a summer switch from Blackburn Rovers.

The scoreline could have been greater still with time ticking away, as Atsu thumped a strike against the underside of the crossbar and Shelvey was inches away from connecting with Ritchie's cross for what would have been his hat-trick.

But United had to settle for six, and continue their remarkable run of form.

Back to Queens Park Rangers
See Newcastle United Line up 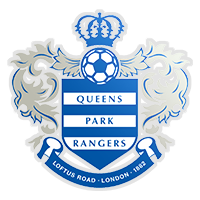